Despite slowing job growth, demand for commercial real estate in the form of rental units in major metropolitan areas is soaring! This is from a massive uptick in rental demand during the second quarter of 2019 spiking at 11% from a year ago. That, in turn, pushed rents up an average 3% nationally to $1,390 per month, according to RealPage, a real estate software and analytics company. Experts are crediting this rental boom to in part to record-low unemployment numbers.

Make the most of shifts in the market with a MyOutDesk Virtual Assistant. Schedule your Double My Business Strategy Session today to find out how.

Broad-spectrum employment growth heightens apartment demand. The ongoing surplus of job openings relative to job seekers is supporting continued hiring this year, helping reduce the national unemployment rate to 3.5 percent last month, on par with the lowest reading in 50 years. Joblessness decreased the most among construction workers and members of the financial activities sector. Unemployment also fell substantially within the trade, education, health services, leisure and hospitality sectors. New job opportunities across a wide range of income levels are creating additional demand for housing, including both high-end Class A apartments as well as more affordable Class B/C rentals. Strong summer and autumn leasing seasons have driven the national multifamily vacancy rate down to 3.7 percent at the end of September, breaking the 4 percent threshold for the first time since 2000 despite record new development.

Increase in household formation spurs spending. The tight labor market is boosting new household formation, lifting demand for retail space, particularly in walkable urban and suburban neighborhoods. At the same time, retail construction activity has been limited, with additions pacing at about a third of the level set during the last growth cycle. This has enabled multi-tenant retail vacancy to remain just under 6 percent for more than a year as consumer patterns at brick-and-mortar locations shift toward social and entertainment-oriented venues.

Ongoing job creation supports greater consumer spending. Unemployment for adults without a high-school diploma fell to a record low of 4.8 percent in September. New opportunities for many people who traditionally have a harder time finding employment is boosting discretionary spending. Retail sales are up 44 percent compared with 2008 and have grown 4.2 percent since August of last year. These trends suggest strong retail demand going into the holiday season.

Labor shortage lifts wages in hospitality sector. Average hourly earnings improved 3.7 percent over the past 12 months in the leisure and hospitality sector, compared with 2.9 percent for all non-farm workers. Hotel operators are mindful of these rising labor costs even as broad-based job and wage gains contribute to record high occupancy levels and RevPAR.

According NAREIT, The trends of demand on commercial Real Estate, specifically for apartments has been steadily growing with no signs of slowing down, while others such as offices have been showing a slight downturn. 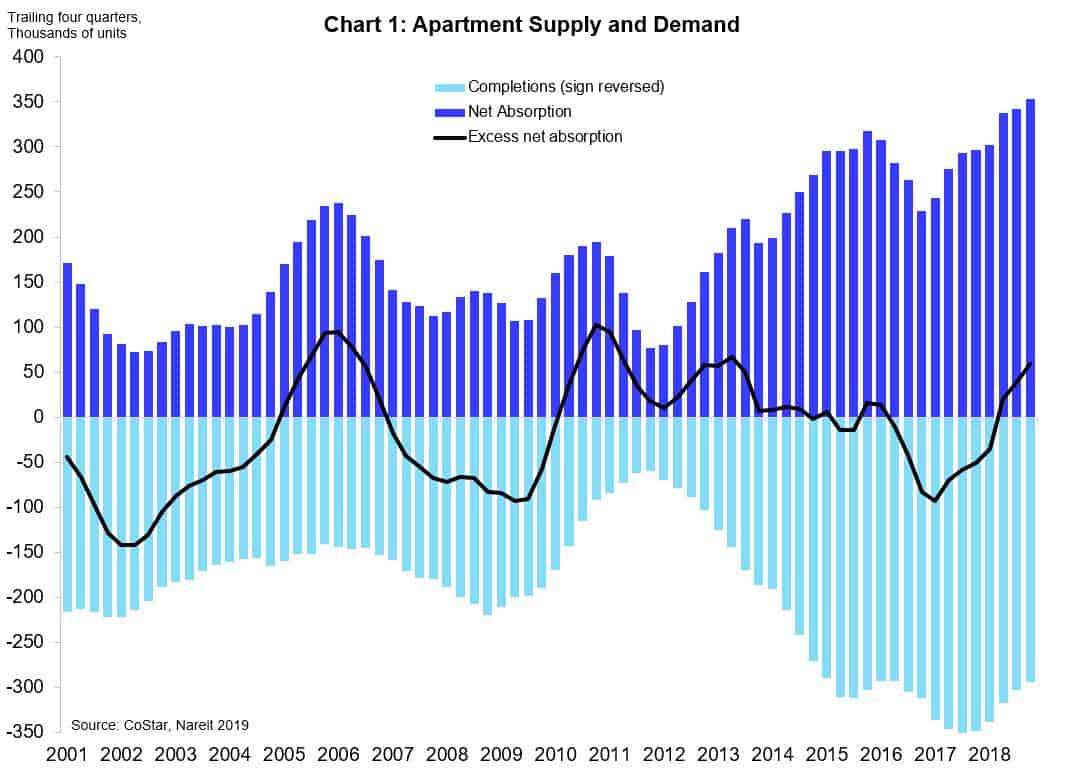 Apartments enjoyed the highest net absorption on record in 2018, according to data from CoStar. Supply has ebbed a bit from the peak levels in 2017, causing a rise in excess demand. 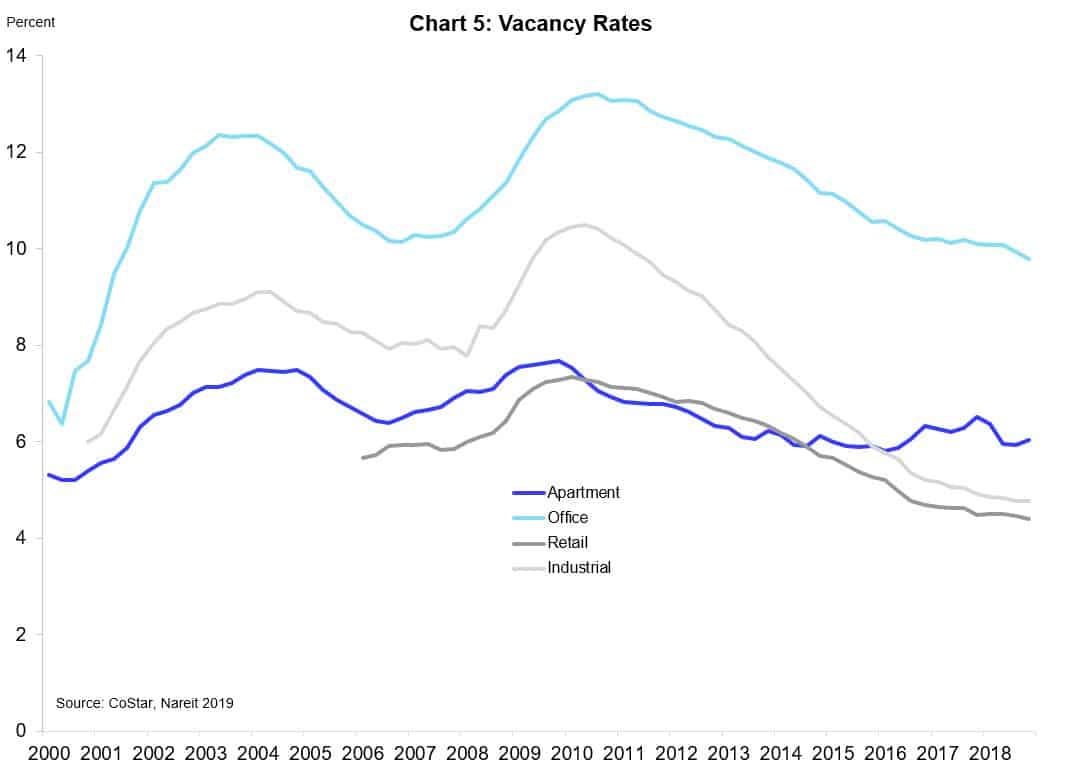 Vacancy rates declined in office and retail markets, were little changed in industrial, and had a small seasonal uptick in apartments. 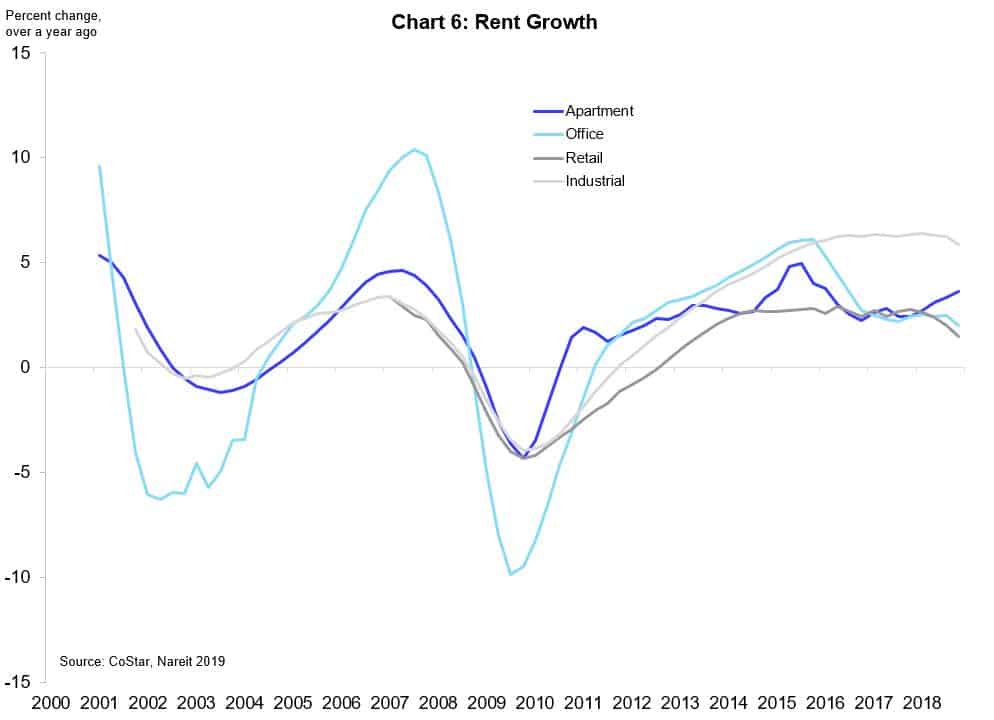 While down cycles can be challenging, they also present opportunities. The commercial Real Estate businesses that build strong liquidity during relatively stable times will be in a position to capitalize on low rates during a downturn, and the more favorable market when a recession dissipates. A market correction likely will not emerge in 2019, making it a good year to continue building liquidity.

The market is a roller coaster these days and you have to jump on opportunities when they arise. Make sure you have the time and the leverage to do that with a MyOutDesk Virtual Assistant. Book your Double My Business Strategy Session to find out how.

Go Remote: Get a $500 discount! Schedule your Go Remote with MyOutDesk Strategy Session today and get our Survive & Thrive During The Crisis guides, and our #1 International Best-Selling book – absolutely free! 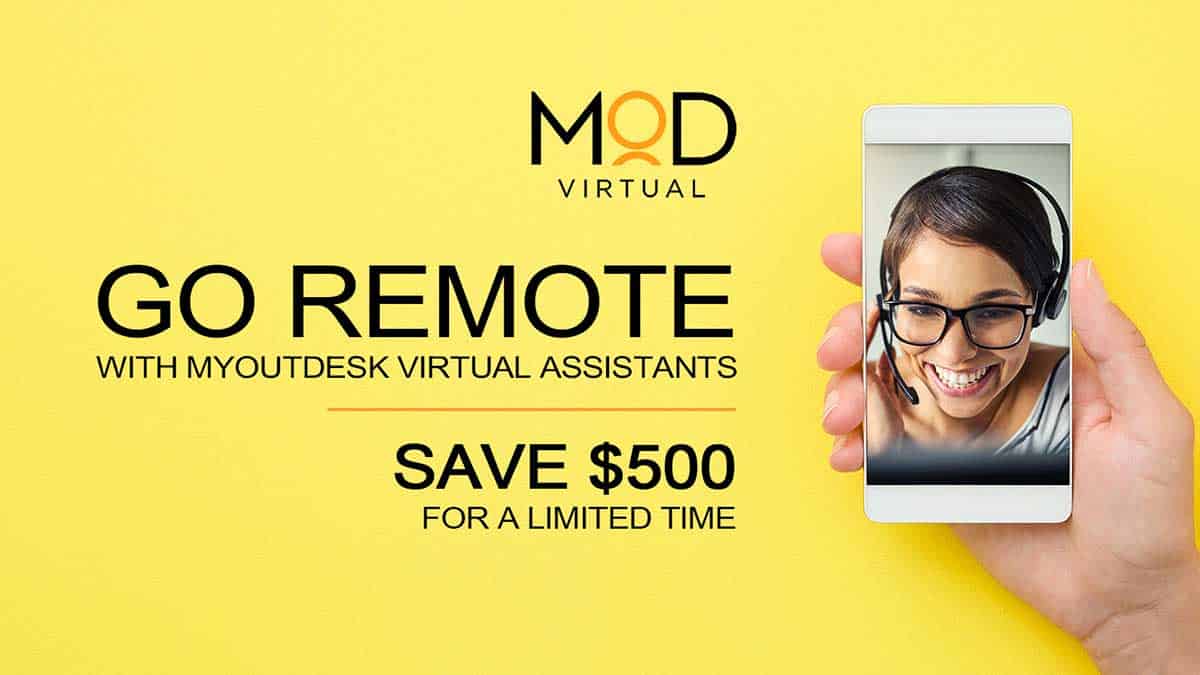