If you’re like most businesses, you’re probably feeling the heat of the recession. The cost of things we need continues to rise; from groceries to gas. As if the economic woes of a pandemic weren’t enough, we now have new trending pain points; inflation and recession. It’s times like this that businesses start looking for ways to batten down the hatches and weather the storm. This often means cutting expenses for anything seemingly non-essential, and the marketing budget is often the first to take a hit. But did you know that this is actually the perfect time to increase your marketing budget? Don’t believe us? How about a little history lesson.

The Struggle of Doing Business in a Recession

We know what you’re thinking; you just invested all of this money into sales and marketing, but you’re not seeing the results you’d like. You may be blaming your sales process, the state of the industry, or both. The easy answer seems to be to reduce those expenses until the ROI justifies a return to normal. It’s natural that a business’s first instinct is to protect itself from a downturn in the market, by trying to limit the financial hit it takes. But at this pivotal junction, there is no room for error. It’s imperative to make the right calls that will keep your business on track and prepared for every curveball the economy throws at it. It’s time like this we can learn from the past; how other companies have handled recessions and depressions before us. At our worst times who made the best moves?

In the late 1920s, two companies dominated the market for packaged cereal; Kellogg and Post. At this time, packaged ready-to-eat cereal had been around for a while but was still not seen by Americans as a lasting alternative to other breakfast options like oatmeal. When the Great Depression hit it was anyone’s guess what effect would be had on consumer demand for such a product. Post made the obvious choice to reduce expenses and cut back on advertising. Alternatively, Kellogg doubled its ad budget, by moving aggressively into radio advertising and heavily pushing its new cereal, Rice Krispies. A bold move to make at a time when Americans were going as far as to grow their own food and repurpose leftovers to pinch pennies. But, it worked. By 1933, as the economy cratered, Kellogg’s profits had risen almost 30 percent and they had become what they still are today; the dominant brand in their industry.

The Story of Sam

All of this reminds us of the story of Sam, a client, and friend who turned to us during a tough time for his business. Don’t get me wrong; he’s a rock solid businessman in the top 1%, with over 100 people on his sales team earning millions in revenue every year. However, on a check-in call with him recently I discovered that he has a big problem. Sam seemed hyper-focused on cutting costs, in the face of a rocky recession. That focus in itself isn’t entirely wrong, but it was clear that he was in fear mode instead of executing mode. And actions out of fear rarely see success.

His exact words were, “We’re seeing a softening of demand in our market and for our clients. And for this reason I’m very concerned about keeping costs down.”

This was a red flag, as it reminded us of what happened to Kellogg and Post. Of course, when the economy takes a hit, saving money is a smart move; there’s no denying that. But what’s equally important is how you save that money. Because if you don’t make the right moves, your business could end up worse off than it was before the crisis. When everything is up, mistakes are ok because the margin for error is greater. During a recession, that margin closes considerably, and your moves require a higher level of intention with a focus on downside risk. Everything must be extra calculated, and unfortunately, Sam was not calculating much at all. His marketing and lead generation weren’t systematic and didn’t have any good KPIs. This leads to lower quality leads, overspending on those leads, and ultimately lower profits for the business owner.

Sam didn’t have a leader that measures sales activity, like conversions tied to a lead and sales stages moving buyers through their sales process. He was only measuring the final results and not the work that led to it. Activity is just as important as the end result. Without a leader measuring the effectiveness of the sales team, Sam was making irrational decisions based on fear and thus setting himself up for failure. Rather than assuming that less advertising was needed and cutting costs there, he should have done a sales audit. Doing so can help you target what’s working and what isn’t working, and redirect your focus accordingly. Move those expenses(rather than cutting them) to the efforts that gain you market share.

What You Should Do During a Recession

During a recession, it’s important your brand stands out among a sea of other brands trying to lay low. This is the time to invest in marketing, not downsize it. Research shows that these times are economical opportunities to strengthen your brand by going against the tide. But not everyone has the cash on hand to increase just any budget during a recession, which is why it’s important to be strategic about exactly what you focus on. Like we said above, focusing on the wrong moves without the data to support them can lead to disaster. Many studies have been done on the hot topic of marketing during a recession, and the findings have been controversial in some cases. Some studies found lower long-term advertising sensitivity in a recession, which calls for reduced spending, whereas others found the exact opposite.

The Studies Behind Marketing During a Recession

These contradicting findings are not surprising if you look at what determines an ideal advertising budget: 1) the unit contribution margin, 2) expected sales, and 3) the advertising elasticity. Lower expected sales in a recession would justify a reduced budget, but in which direction the advertising elasticity changes isn’t always clear. The elasticity can go up if competitors cut back on their advertising, making it easier to obtain the same audience with less money. Also, the cost of advertising may drop due to lower demand for advertising space, leading to a higher return on investment. Lastly, a brand’s value proposition may be especially attractive in a downturn, leading to a higher elasticity compared to your competitors.

Therefore, the optimal spending in a recession depends on the extent to which an increase in a brand’s advertising elasticity can offset an expected decrease in demand. One lesson here is that during times of recession, people are looking for bargains and deals. This is your opportunity to attract new customers with aggressive marketing, albeit very targeted and data-supported marketing. So don’t be afraid to spend a little extra on marketing during a recession – it could be the best decision you ever make.

We Survived So You Can Thrive

We know the shoes you’re in right now, because we’ve worn them ourselves. MyOutDesk got its start during the global financial crisis of 2008. Hell of a time to start a non-essential business. Except we learned that we are essential; for other businesses. Small, medium, and large businesses; ones just like yours. Businesses hit by some event outside of their control, trying to find ways to strategically survive and return to some form of normalcy when the dust settles. The MyOutDesk goal isn’t to survive but to thrive. Our virtual assistants have made that possible before, by allowing businesses to increase marketing efforts without breaking the bank on new hires. A higher quality of more focused, data-driven marketing by experienced professionals. Marketing efforts are fine-tuned to play to your strengths at a time when that can be the difference between here today and gone tomorrow.

Inflation won’t wait for your business, so what is your business waiting for? Schedule a consultation today and let’s see what we can do for you. It’s a free call, where we’ll answer any and all questions you have about the service we provide. Normally we’d say “you have nothing to lose”, but that’s not true right now. Time is what you’re losing, every day you don’t make the right moves for your business. And time is money, so let us help you save both. 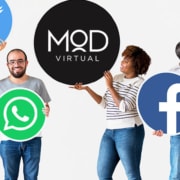 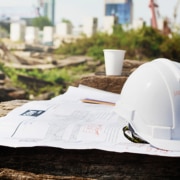 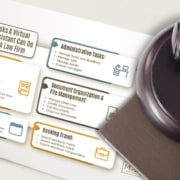 30 Tasks a Virtual Assistant Can Do For A Law Firm 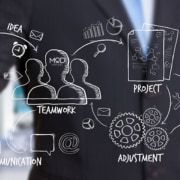 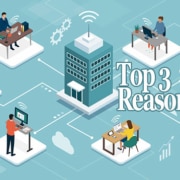 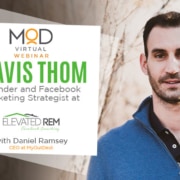